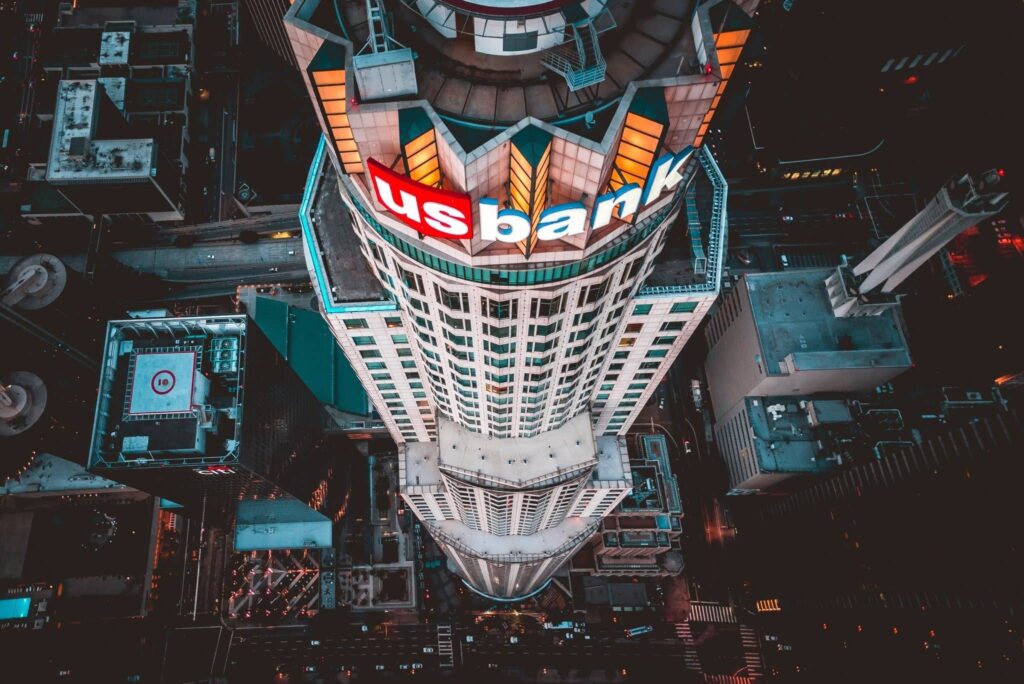 The building was first known, and is alternatively known today, as the Library Tower because it was built as part of the $1 billion Los Angeles Central Library redevelopment area, following two disastrous fires at the library in 1986, and its location across the street. The City of Los Angeles sold air rights to the developers of the tower to help pay for the reconstruction of the library. The building was also known for a time as First Interstate Bank World Center, but after First Interstate Bancorp merged with Wells Fargo Bank. In March 2003, the property was leased by U.S. Bancorp and the building was renamed the U.S. Bank Tower.

It is, by structural height, the third-tallest building in California, the second-tallest building in Los Angeles, the eighteenth-tallest in the United States, and the third-tallest west of the Mississippi River after the Salesforce Tower and the Wilshire Grand Center
The tower has a large glass crown at its top that is illuminated at night. On February 28, 2004, the two 75 ft “U.S. Bank” logo signs were installed on the crown.